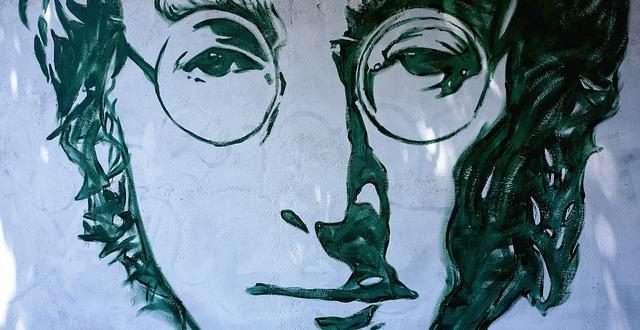 John Lennon is not only a music legend but also an icon of 20th-century popular culture. Aspects of his life and tragic death are still much discussed. If you are currently planning a wedding, you may be wondering ‘where in Gibraltar did John Lennon get married?’

Many of his admirers may even be unaware that John Lennon even had a Gibraltar wedding, as his persona is deeply embedded in his Liverpool roots. The fateful meeting between him and Yoko Ono was at a London art gallery in 1966, where the Japanese artist and musician was exhibiting her work.

As Yoko Ono had spent her formative years in New York, the couple spent time there too, and John Lennon was killed outside the Dakota Building, their residence in New York City.

However, going back to happier times for the peace-loving couple, the place in Gibraltar where John Lennon married Yoko Ono was the British Consulate Office on this beautiful island. The date John Lennon had his wedding in Gibraltar was March 16th 1969.

The circumstances behind the decision to get married on this British Overseas Territory – which forms a peninsular on the Spanish coast – are part of the enduring mystique around John Lennon. As well as being part of the whirlwind romance that may have contributed to the end of The Beatles.

The decision to quickly get married to Yoko Ono may have been inspired by his bandmate’s nuptials, as Paul McCartney had married Linda Eastman. In a rush to have a unique wedding of their own, Lennon and Ono attempted to tie the knot in various places – including at sea and in France.

Then, it became clear that a quick wedding could be arranged in Gibraltar (often known as The Rock), which Lennon described as ‘quiet, British and friendly’.

The music genius and social influencer also said that getting married in Gibraltar was both beautiful and symbolic, ‘as the rock was the foundation of our relationship’.

Have your own wedding on The Rock

John Lennon and Yoko Ono are not the only celebrities who found Gibraltar the ideal location for an overseas wedding, of course.

However, if you would like to follow in the footsteps of one of the most romantic pairings in music history, then you too could have a wedding in Gibraltar. Simply get in touch with our team to discuss your ideal marriage ceremony on this genuinely stunning gateway to the Mediterranean sea.