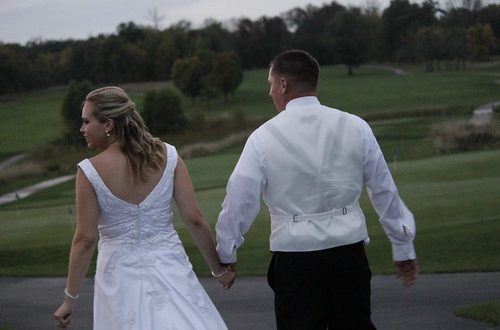 You’ll understandably feel some temptation to get married locally even if this isn’t your first preference. After all, it would surely be the easier option – right? Well, not quite. Not only is it simpler than ever to get married abroad, but you’ll also avoid the pitfalls that plague many couples who say ‘I do’ in a place that just a stone’s throw away from where they live. With this in mind, let’s look at three reasons why you shouldn’t get married locally.

The chances are that a local wedding venue might end up being used by other members of your family and friends at some point down the line. Aside from the fact that this might take the shine off the memory of your special day, there’s also the likelihood that someone you know could come along and trump your wedding by making theirs bigger and better. Ultimately, it can be hard to make your big day unique if you do it locally.

Your wedding day will be the happiest day of your life – but there’s something to be said about the enjoyment that you’ll feel in the weeks and months that lead up to it. Unfortunately, the anticipation levels might lag if you choose to tie the knot locally. After all, it can be hard to feel a strong sense excitement about a day that feels so familiar and run of the mill.

The average wedding is now attended by more than 100 people – in the process putting a huge price tag on the festivities. Let’s be honest, you’ll find it hard to cut the guest list down to a manageable number when you’re getting hitched locally. There’s sure to be people (friends, neighbours and work colleagues) who’ll see no reason why they shouldn’t be invited since you’re not getting married too far away.

You shouldn’t feel that you can’t look further afield when getting married – including by setting your sights on a wedding in Gibraltar. If you fancy tying the knot in this sun-kissed paradise, then be sure to get in touch with Sweet Gibraltar Weddings.