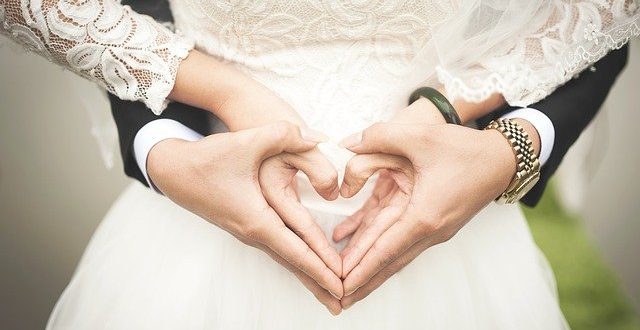 The Gibraltar summer wedding season got off to a rousing start with Marillion keyboardist Mark Kelly marrying Karina Goncalvez in early June.

As reported in the Gibraltar Chronicle the Irish musician and his Brazilian bride had originally planned to tie the knot with a lavish ceremony in England. Like so many other couples, Covid-19 completely altered their plans so they chose an intimate exchange of vows in the Gibraltar sunshine instead.

Kelly has been a member of Marillion since the early 1980s. The rock band have sold some 15 million albums worldwide. And this latest rockstar marriage to take place in Gibraltar got us thinking as to how it really does reflect current trends in weddings.

Gibraltar was one of the first places in the world to begin easing coronavirus restrictions. With one of the fastest vaccination rates in Europe, wedding celebrations were possible outdoors without masks and strict social distancing from spring this year.

The trend towards smaller ceremonies

The couple, who hail from Oxfordshire, were quoted as saying that they had for some time planned a big wedding with friends and family.

As the pandemic restricted travel for such a long period, and the bride’s family hailing from Brazil, they became more focussed on the meaning of getting married rather than on the occasion itself. That has been a theme for lots of couples during the past 18 months or so.

Bringing friends and family in on it through streaming

The couple were able to share their special occasion with loved ones via Facebook – again, a growing trend during and after the Covid-19 pandemic. It seems entirely plausible that booking the traditional wedding photographer or videographer will soon be supplemented with a professional ceremony streamer!

Another thing we noted in the description of the Marillion musician’s wedding was that a fan and his wife acted as the official witnesses for the marriage. This has almost become a Gibraltar wedding tradition – strangers who have just got hitched themselves acting as witnesses at the Registry Office for couples who jetted off by themselves, almost in an elopement fashion, to tie the knot.