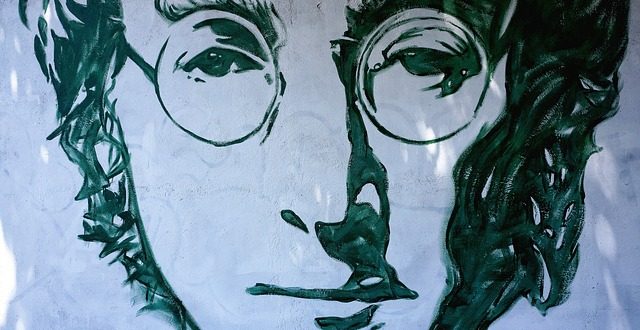 It was, and forever will be, the most famous Gibraltar wedding there has ever been. John Lennon married Yoko Ono on 20th March 1969 on the Rock, and the photographs from that big day have become some of the most iconic in rock and roll matrimonial history.

The image of the Beatles legend and his bride posing with their marriage certificate on the runway of Gibraltar airport instantly made the location a favourite for couples following in John and Yoko’s wedding footsteps. Look a little closer and notice that the pair are both dressed in white.

White may not be the traditional colour for men, but if John Lennon himself opted for a milky hue on his wedding day, then why can’t you?

Interest in Lennon has never waned, but as December 2021 would have marked the 80th birthday of the music legend, and with the release of the documentary ‘Get Back’ on streaming services, a new wave of Beatlemania has hit the world. A new generation has now been introduced to the works of arguably the greatest songwriter of the 20th century.

His wedding day was hardly the first time that Lennon had donned a white suit, nor was the choice his best-known appearance in such an outfit. The most famous record cover ever – the four Beatles striding across a zebra crossing outside Abbey Road studios – features John in a white two-piece.

We all know that guests wearing white to a wedding is a big ‘no no’. Upstaging the bride is potentially the biggest colour faux pas that one could make, but there’s no rule to say that the groom shouldn’t wear white.

Ditching the classic look adds a freshness to the groom’s ensemble. White always looks good in sunny wedding photos, particularly if you’ll be having a few taken on the beach. And Gibraltar rarely gets cold. The Mediterranean/subtropical climate means warm days are the norm even into winter. A lightweight, pale suit certainly makes practical sense in the summer. White also enables the groom to stand out from his groomsmen when they are clad in darker colours.

If you’re planning a spring or summer 2022 destination wedding (be it all-white or not) and considering Gibraltar as an option, why not give our experts a call to find out more about the fabulous packages we have on offer?