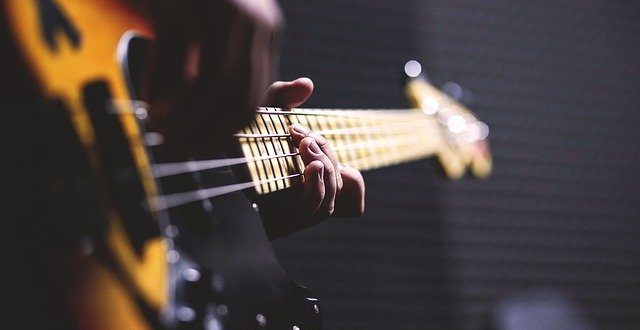 Parfitt married his later-in-life sweetheart Lyndsay Whitburn in a very quiet, private ceremony in Gibraltar for a reputed £46 in 2006. In doing so, the then 57-year-old joined a long list of stars to have been wed on the peninsula.

Parfitt’s nuptials on the Rock perhaps rate as the celebrity Gibraltar wedding to have garnered the least column inches. Such was the speedy, secluded affair that the headlines surrounding it were far from the scale of John Lennon and Yoko Ono’s in 1969, or that of Sean Connery to Diane Cilento seven years earlier.

Rick and Lyndsay literally whisked in and out of Gibraltar on their wedding day. Having popped over the border from Spain, they were wed at the territory’s register office before the pair left the Rock just two hours later to honeymoon at the Marbella villa owned by the new bride.

Further joy would soon follow as the couple welcomed twins into the world in 2008. Dubbed the ‘Wild Old Man of Rock ‘n’ Roll’, Parfitt certainly led something of a ‘hellraiser’ lifestyle.

The Quo – Rockin’ All Over The World

Drugs and alcohol played their part in Parfitt’s rockstar ways when The Quo were at the peak of their three-chord, power riff powers during the 1970s and 80s. But the enduring appeal of the band who transcended all norms to become beloved of wannabe-rockers of all ages never waned. There is no doubt there will still be dads, grandmas and even teens who received a copy of the Status Quo’s greatest hits in their stocking this Christmas.

Status Quo claimed more UK chart hits than any other rock band and were the opening act at Live Aid in 1985. Parfitt had toured alongside longtime fellow frontman Francis Rossi right up until two years before his death. All three of his former wives attended Parfitt’s funeral in Woking, Surrey. His was a life truly ‘lived’.

Considering a low-key quickie wedding in Gibraltar of your own?

From big bash big days to intimate destination weddings in the sun, at Sweet Gibraltar Weddings, we’ve helped countless couples achieve their dream marriage experience. Get in touch with our lovely team to find out more.