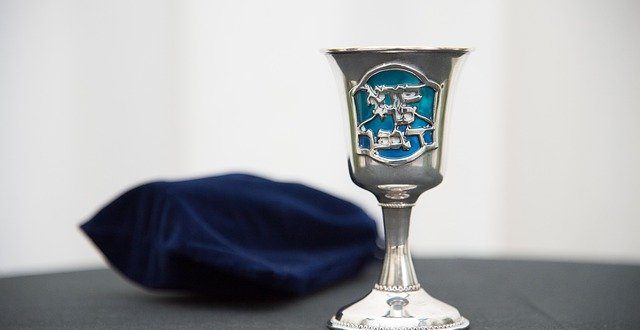 Gibraltar has a long Jewish history and today has a vibrant community. The Rock is an ideal destination for Jewish couples to follow ancient traditions and get married under the chuppah.

Couples can choose to become betrothed in a synagogue or opt for a hotel or outdoor venue to follow the ceremony of a traditional Jewish wedding ceremony in Gibraltar.

The Jewish community in Gibraltar

The Jewish community in Gibraltar dates back to the Middle Ages. Populations have been swelled during periods of persecution.

When Spain imposed blockades on the British colony during the 18th Century, the garrison became dependent on Morocco for supplies. From here, Jewish merchants came to settle and were joined by Jews from the rest of Europe. A number of notable landmarks and place names pay homage to The Rock’s Jewish history.

Gibraltar’s Jewish population has grown substantially in the past two decades, contributing to an albeit small but close-knit community. There are Jewish institutions in Gibraltar, including a primary school and a mikvah. You will also find a handful of kosher shops, bakeries and restaurants. Shabbat is observed in the city.

There are four orthodox synagogues in Gibraltar and all are notably beautiful and ornate.

The oldest, the Great Synagogue (Kahal Kadosh Sha’ar HaShamayim), was first established in 1724. It stands on Engineer Lane, one of the most historic thoroughfares in the ancient capital city.

Other venues for Jewish weddings in Gibraltar

You can also be married in the Registry Office in Gibraltar. A Rabbi can then be arranged to conduct your traditional ceremony at an outside venue of your choice. The Botanical Gardens are a popular option, where a chuppah can be erected specially for the day.

For a personalised Jewish wedding in Gibraltar and to discuss the traditions you truly wish to embrace, contact us today and we can make your dream ceremony come true.