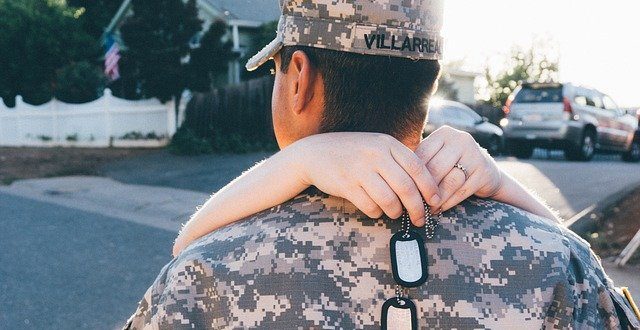 With its long history as a base for the armed forces, stunning location and abundance of themed photo opportunities, Gibraltar is the perfect military wedding destination.

Military history and weddings on Gibraltar

It wasn’t always this way. A military census in 1878 reflected the directives on army life that controlled marriage among the troops. Elderly relatives and teenage children were sparse among military families for example.

Some in the higher ranks saw the benefits of married life. Notably, they realised the large amount of unpaid labour that came to the Rock contributed by the women of the regiments’ serving personnel. Others believed that marriage was the “serious evil of marching regiments” stationed on Gibraltar.

Why choose Gibraltar for a military wedding destination?

Today, many active or former military personnel choose to get married on the Rock.

For some, Gibraltar has been the location for a posting during their army, navy, RAF or marine service. For others, they will currently be stationed on Gib.

For others, the British Overseas Territory is simply the obvious choice thanks to its traditions, Mediterranean climate, beautiful scenery and ease of planning a wedding.

Stunning locations with a military theme dot the Rock. One such place is the Gibraltar Garrison Library, founded in 1793 for exclusive use by Officers of the Garrison of Gibraltar. The Library building and collections are steeped in military history.

Getting married in military uniform

Many couples with a serving spouse-to-be, or if both are in the forces, choose to get married in uniform. For a Gibraltar wedding, you can opt for the Military Church or a venue of your choice.

Kings Chapel on the southern end of Main Street has been the principal church of the army since 1844 and today is used by all three services of the British armed forces.

Requirements for a military wedding on Gibraltar

For British and non-British, single or previously married persons in the military, a special exception applies to rules around eligibility to be married in Gibraltar.

Serving personnel are no longer required to seek formal permission to get married, but some units do retain the tradition of requesting approval from their Commanding Officer.