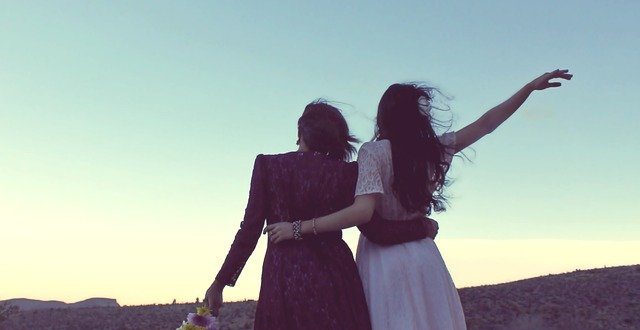 Pride month may be coming to an end, but in Gibraltar, the celebration of LBGT+ communities and culture has inspired a whole year of colourful commemoration.

Same-sex marriage has been legal in Gibraltar since December 2016. At the same time, strict legislation has been introduced to promote diversity and to recognise forms of discrimination as hate crimes. Since then, there have been dozens of LBGT+ weddings and civil partnership ceremonies here in the sunny, romantic climes of the Mediterranean.

And if the Rock was once viewed as an insular enclave of the British Empire, recent years have transformed the territory into a cosmopolitan celebration of equality.

COVID-19 accelerated that even further. For some time during the pandemic, and in the months that followed, Gibraltar became the marriage destination for people of all gender identities and sexuality because of more relaxed restrictions.

To commemorate Pride month, which started on 1st June, the Rock has been awash with celebration. Public buildings were decorated in rainbow colours and the ancient Moorish Castle was brightly lit up throughout the month.

The mayor of Gibraltar hosted several events during Pride month. The Royal Gibraltar Police Force also flew the rainbow flag and marked the launch of its Diversity, Equality and Inclusion Strategy with the establishment of an LBGT+ forum within the organisation.

The inaugural Gibraltar Pride parade took place in 2014 and has continued annually since. Pride does not end as July commences in Gibraltar. There are events planned for the rest of the year as well as community action, social activities and fundraising drives for awareness and support initiatives.

At Sweet Gibraltar Weddings, we pride ourselves on being the most inclusive marriage and celebration planners on the Rock.

If you’re thinking of a wedding or a civil ceremony in Gibraltar or simply want to celebrate your love and union, then get in touch with us to find out how we can make your big day dreams a reality with memories that you will cherish forevermore.

Alternatively, if you want to find out more about the LBGT+ community in Gibraltar, gain some independent advice on wedding plans, or simply want to celebrate diversity and inclusion in the sun, you can contact the Equality Rights Group GBR or Omi-Palone, who organise LBGT+ social events for the Rock’s diverse citizens and visitors