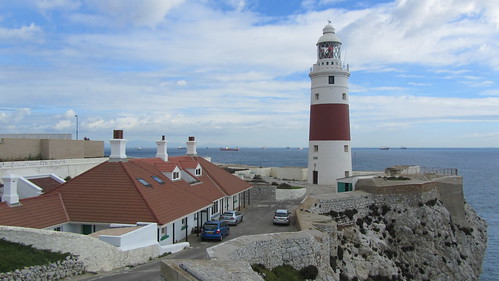 For a country so small – 6.7 square kilometres to be exact – Gibraltar certainly doesn’t hold back with tourist attractions. So many couples are choosing to have a holiday in Gibraltar while they get married and the places listed below are only snippets of why Gibraltar weddings are so sought-after.

Situated over the old town and looking down at Casemates Square, this medieval castle is an impressive sight. Built during the 8th century and restored in the 14th century, parts of the Moorish Castle have been damaged over time, though the Tower of Homage, an extensive gatehouse and several remnants of masonry certainly express the building’s previous grandeur. Battle scars from Gibraltar’s various sieges can also be viewed and the Tower of Homage is the tallest Islamic structure of its design left standing within the Iberian Peninsula.

The biggest of over 150 impressive caves this island has to offer, St. Michael’s Cave is packed full of magnificent stalagmites and stalactites. The Upper Hall is the biggest section of the cave which is joined by five passageways where you can view drops from between 12 and 45 metres. During WWII, excavation work discovered Lower St. Michael’s Cave, holding several more chambers and even a small underground lake. The Cathedral Cave is a natural underground performance hall which hosts music, drama and ballet, so it would be an unforgettable experience if there was a chance to visit one of the shows.

Europa Point sits at the southernmost point of Gibraltar which is home to the historic Trinity Lighthouse, the Ibrahim-al-Ibrahim Mosque and the Shrine of Our Lady of Europe, which is an old converted Christian chapel. Much redevelopment has taken place in the area and you’ll find an old fortification called Harding Battery which was built in 1859 as well as Nun’s Well, an archaic underground reservoir.

With so much to do other than getting married in Gibraltar, browse our website or contact our friendly team today with any questions you might have about our wedding packages or extending them into a holiday.