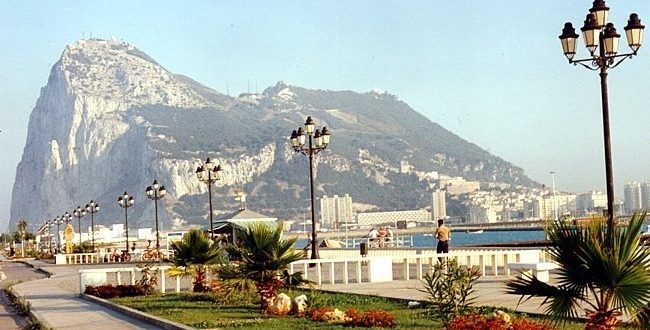 If music is central to your life, you’ve already got an enviously wide range of great international locations to choose from for a destination wedding that ties in with your passion.

Your head might be turned by the prospect of nuptials in New York City – where doo-wop originated and disco began at clubs such as Studio 54 – or perhaps Paris, given that it’s been home to all manner of legendary composers like Berlioz, Debussy and Chopin. Or what about London, which offers such famous venues as the O2 Arena, Hammersmith Apollo and Abbey Road Studios?

While we’re on the subject of Abbey Road, though, there’s also plenty of reason for music fans to consider Gibraltar as a place to tie the knot, not least given its connection with no less than the late, great Beatle John Lennon.

Yep, that’s right: it was here where the “Imagine” singer formalised his union with Yoko Ono on 20th March 1969, having failed to get married in – guess where – Paris a few days earlier, thereby cementing the Rock’s place in music legend.

But it’s not just about the Beatles…

As explained on the website The Beatles Bible, the reasons for John and Yoko choosing the British Overseas Territory included its sheer convenience. However, if you’re a hardened Beatles fan or just swept up in Fab Four fever after seeing the Yesterday movie, you might be further attracted to the idea of a Gibraltar wedding for you and your own beloved by the opportunity to literally follow in Lennon’s footsteps – not least when you select our fuss-free Registry Office package.

It’s important to emphasise, though, that Gibraltar has a place in music history for reasons beyond a Beatle enjoying his big day here. In fact, the territory has long had a music scene of its own, with local venues playing host to bands from Gibraltar and nearby Spain. It all helps to give Gibraltarian music a fascinatingly multicultural flavour.

Indeed, you might even go as far as tying in your Gibraltar wedding with the Rock’s big annual music event, Gibraltar Calling. The 2019 edition, for instance, is set to take place at Europa Point Leisure Complex on Saturday 7th and Sunday 8th September, with artists to have been announced including Enrique Iglesias, Liam Gallagher, Take That, Lighthouse Family, David Essex and many more.

Don’t ever let anyone tell you, then, that Gibraltar isn’t a place infused with all of the magic of music! Instead, send a message to our renowned and experienced wedding planners in Gibraltar here at Sweet Gibraltar Weddings today, and we’ll help to ensure your own destination wedding in 2019, 2020 or 2021 will be full of tunes to remember for a lifetime.