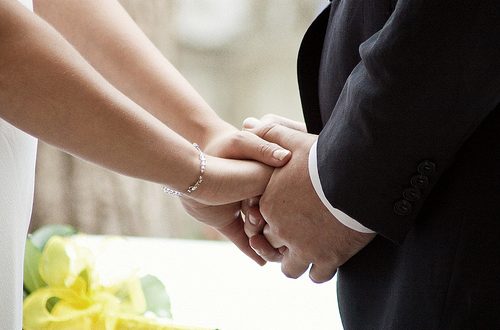 Never before has it been so common and acceptable, especially here in the West, to combine what may be well-entrenched cultural influences in the hosting of a wedding.

Indeed, it’s probably never before been so common and acceptable for people from different cultures to meet, fall in love and get married to each other in the first place – and guess what? Gibraltar could be the perfect place to do it.

There’s no question that organising successful multicultural nuptials can be tricky. Some cultures lend themselves to blending better than others, and when you are planning to tie the knot with someone from a different culture to you, you’ve got all of the usual stresses… plus the challenges of keeping both of your respective families happy. No one wants to make a cultural faux pas, either!

However, couples from around the world continue to hold triumphant wedding ceremonies and receptions despite any additional hurdles that cultural differences may bring. Multicultural, interfaith ceremonies are now widespread, and often make for spectacular photography as well as great memories!

What’s more, when you are comparing the various possible overseas wedding locations that are likely to be acceptable to both families, you could scarcely hope to make a better choice than Gibraltar.

Gibraltar has been in British hands since the early 18th century, and certainly has a wonderfully ‘home from home’ feel, due to the preponderance of British staples such as familiar UK high street stores and red post boxes. However, it’s also unashamedly cosmopolitan, with residents and visitors from almost every cultural or religious background that you could imagine.

Gibraltar was Spanish territory until its capture by Anglo-Dutch forces in 1704, and retains no shortage of Spanish influences today, not least in its cuisine, which also incorporates various Maltese, Genoan and Portuguese gastronomic traditions.

And of course, you’ve also got those not-exactly-stereotypically-British Barbary macaque monkeys to contend with, together with a sunny Mediterranean climate that’ll put you even less in mind of the grey drizzle of Blighty!

In short, Gibraltar offers a mix of everything for multicultural lovers who are seeking to organise their fairytale multicultural wedding – and here at Sweet Gibraltar Weddings, we can help you to make the dream possible.

Give us a call today, on (+350) 54024179 or (+350) 54023965, or browse our currently available wedding packages to even better appreciate just how special Gibraltar is among overseas wedding locations – whatever your tastes, desires or needs may be as a couple.