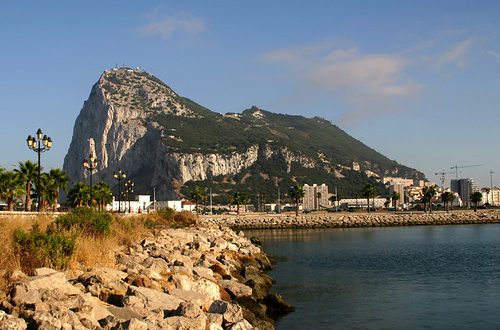 Gibraltar may be small, but that doesn’t mean it’s exactly lacked ‘star’ appeal over the years! Indeed, one only needs to look down the list of those to have tied the knot in Gibraltar – ranging from John Lennon, Yoko Ono, Lawrence Harvey and Margaret Leighton to the legendary ‘007s’, Sean Connery and Roger Moore – to see that getting married in Gibraltar has long been a dream of even some of the most celebrated musicians, actors and other celebrities.

Now, most ‘celebrity magnet’ wedding destinations that come immediately to your mind when you’re contemplating your own options for getting hitched, are likely to have one big thing in common: their price tag! Sadly, formalising your union with your beloved like a celebrity, also frequently seems to mean forking out celebrity money…

…or does it? You see, getting married in Gibraltar has partly made sense to so many stars because of its simplicity, rather than its extravagance. All of the famous folks we mentioned above, for example, got married in the Gibraltar Registry Office – and you can, too, for as little as £210.

A ‘glamorous’ destination with a difference

There’s definitely nowhere else in the world quite like Gibraltar. After all, where else on Earth could you expect to see so many staples of British life – such as familiar UK high-street stores and red phone boxes – while also immersing yourself in a Mediterranean climate and getting up close and personal with Barbary macaque monkeys? On the subject of James Bond, you might even remember a few of these cheeky locals startling Timothy Dalton in 1987’s The Living Daylights.

For a place that’s seen so many celebrities stroll through its historic streets and tuck into its cosmopolitan cuisine, Gibraltar is certainly unassuming and affordable – for reasons that go well beyond the tax-free shopping.

Yes, you can be a bit more adventurous with your spending when getting married in Gibraltar if you like, as previous clients who have taken advantage of our Lounge Restaurant or Sunborn Hotel Package can attest. But this is also a place where you can help yourself to good old fashioned fish ‘n’ chips or pub grub, if you’re looking to keep things truly ‘cheap and cheerful’.

Gibraltar, in short, lends itself beautifully to the needs of those with all conceivable budgets, preferences and practical requirements, which is just one more reason why our own team – as well as celebs and non-celebs alike – love it.

Drop us a line or give us a call today, and we can start putting together the dream Gibraltar wedding that really will leave you feeling every inch like a star!