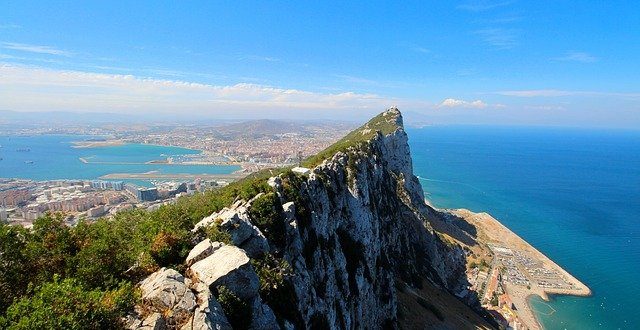 The passing of Prince Philip in April led to a period of great reflection for Great Britain and the world on the remarkable life of the Duke of Edinburgh, who had been consort to Queen Elizabeth II for almost 74 years.

Her Majesty and her family only ever visited Gibraltar on one occasion in May 1954. The residents of the Rock still recall the visit with much fondness.

The arrival of the young royals

Of course, there was no Gibraltar wedding for the royal couple. The Queen and Prince Philip were married in Westminster Abbey, but the young royals had only been wed for seven years when they arrived in Gibraltar aboard the Royal Yacht Britannia. Accompanying them were a young Prince Charles and Princess Anne (who would be photographed feeding Gibraltar’s famous Barbary Apes).

The Queen began her visit to Gibraltar by attending a ceremony to rename Reclamation Road, the main coastal highway on the peninsula. From that day forth, the route has been named ‘Queensway’ to mark her visit. The royal couple then visited Eliot’s Monument and planted a tree in the Almada Gardens.

Before pausing for lunch at the Convent (the residence of the Governor of Gibraltar), the Queen and her consort visited the Rock’s waterworks and the Assembly Rooms. She then presented the Queen Elizabeth Football Cup to the captain of the winning team at the Victoria Stadium.

Later, after a busy afternoon of greeting the crowds which lined the streets of Gibraltar, Queen Elizabeth and her family would take tea at the Yacht Club before a formal evening dinner once more at the Convent. Before boarding Britannia for the sail back to Britain, and the final leg of the 50,000-mile tour of the Commonwealth, the royal party stopped off at Catalan Bay.

If you’re planning a wedding in Gibraltar, you can actually get married at some of the spots visited by the royal family. The Almeda Gardens is one of the most popular al fresco wedding venues in Gibraltar. There are also a number of hotels at Catalan Bay too, where you could host your ceremony or wedding reception.

Contact our friendly wedding experts today for more information on the unforgettable weddings options that Gibraltar has to offer.