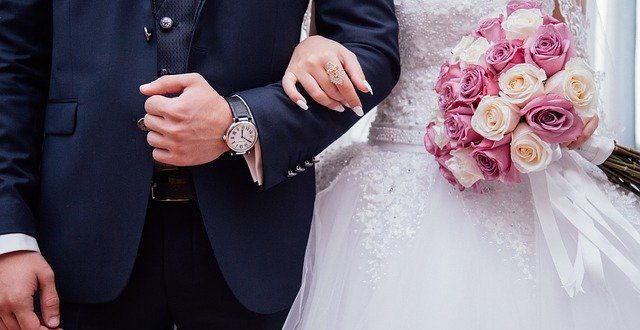 It stands to reason that brides and grooms have been put off getting married abroad because of Brexit. This is according to Hitched, who have found that 30% of couples now admit they are put off saying ‘I do’ overseas thanks to the UK’s impending exit from the EU. There is, however, some things to be concerned about – but not if you’re getting married in Gibraltar. This is something to consider if you’ve always envisioned a sun-kissed wedding and aren’t willing to give up on your dream. Let’s look at two ways you can Brexit-proof your wedding abroad by getting married in Gibraltar.

The pound has largely been free-falling since the referendum in 2016. In the months prior to the vote, you could get as much as €1.33 for every £1. However, the strength of the British currency has only fallen in the past few months – recording a low of €1.06 for every £1 in August. This, of course, means that you’re not getting as much value for a wedding abroad as you once were. Thankfully, you need not worry about this because you’ll be dealing in pound sterling when tying the knot in Gibraltar. This should help you to steer clear of any eye-watering exchange rates!

The UK will spend the next year establishing a new relationship with the EU. Right now Brits are free to travel across Europe freely, but this will change when the country leaves and the new relationship is finalised at the end of 2020. While it will still be possible to visit Europe, there might be restrictions. This includes the likelihood that there will be a cost for visas. Luckily, visa-free travel will remain in place for Gibraltar because it’s a territory of Britain. This means you won’t have to worry about you and your guests requiring added documentation for your wedding.

Your dreams of getting married abroad can still become a reality. You merely need to Brexit-proof your wedding by holding it in the sun-kissed hotspot that is Gibraltar. To put the wheels in motion, be sure to get in touch with the team at Sweet Gibraltar Weddings.