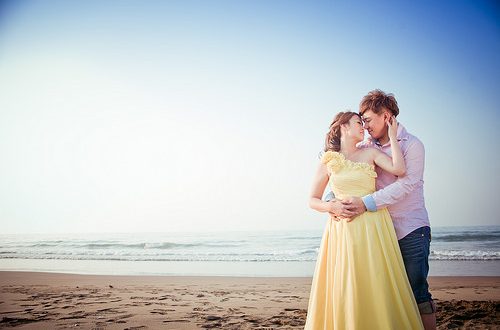 The fact that you are required – as part of your application to marry in Gibraltar – to provide evidence that you will be staying in the British Overseas Territory for at least one night, raises an obvious question: why not turn your Gibraltar wedding into a longer Gibraltar holiday?

As it happens, that’s precisely the decision that so many people make, turning to specialists like our own here at Sweet Gibraltar Weddings to help them to organise their Gibraltar destination weddings!

Indeed, while Gibraltar may be small – covering just 6.7 square kilometres and being home to a mere 32,000 people – it definitely gives you a big bang for your tourist buck. The below are just some of the local attractions that help to show why Gibraltar destination weddings are so popular.

No, we’re not suggesting bringing Dwayne Johnson along to your Gibraltar wedding, unless you can afford his fee! We’re referring, instead, to the 400-metre (1,312-foot) cliff that gives the territory its name, and that you can reach the top of by cable car. The stunning views of Gibraltar, Spain and Morocco that you can enjoy from the peak definitely make it a journey to be embarked on.

Let’s get an obvious misunderstanding out of the way first: these wild monkeys really are monkeys, not apes! They have long been strongly associated with Gibraltar in popular culture – for instance, you may remember a few playing cameo roles in Timothy Dalton’s debut role as James Bond in 1987, The Living Daylights. You’ll find them all over the upper parts of the territory, including…

Established in 1993 to protect land decommissioned from military use, the Gibraltar Nature Reserve gives you the perfect opportunity to get up close and personal with the territory’s characteristic flora and fauna. It is here where you will find most of Gibraltar’s several hundred Barbary macaques, but also the likes of red foxes, mouse-eared bats and various lizard and snake species.

More active and outdoorsy couples might initially presume that such a small territory as Gibraltar wouldn’t lend them that much opportunity for long walks, but they’d be wrong. That’s because you can reach almost the top of the Rock via the Mediterranean Steps, as long as you have a few hours spare. It’s a demanding pathway, originally used by the British military to access their various bases.

While the excavation of Gibraltar’s tunnels first began in the 18th century, the 20th century saw easily the greatest amount of tunnelling here, as the British Army turned the Rock into a huge underground fortress capable of withstanding a siege. Tunnelling ceased for good in the territory in the late 1960s, and some of the tunnels are now open to the public.

We bet you never thought Gibraltar destination weddings could possibly give you so much to do and see other than getting married! Contact us today or browse our latest wedding packages to gain a sense of just how magical, not to mention practical and affordable, your own Gibraltar nuptials could be, whether or not you also wish to extend them into the complete holiday break.