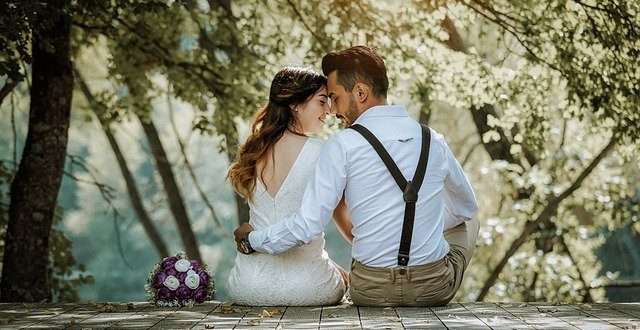 We’re only a few months in, but 2022 is already looking like it will be a year of celebrity weddings on The Rock. As the Gibraltar summer wedding season gets underway, a ’90s boyband singer and a reality TV star have recently been married under the Mediterranean sun.

Gibraltar as a celeb wedding destination is best known for the 1969 marriage of John Lennon and Yoko Ono. It was also where Sean Connery got hitched to his first wife, actress Diane Cilento, seven years earlier. Since then, a host of famous faces have chosen the British Overseas Territory as the place to get wed.

Gibraltar – where Love Islanders say ‘I do’

If ever there was a TV programme best suited for one of its stars to find love after leaving its famed villa, it’s Love Island. Sam Bird was finally dumped from the 2018 edition of the ITV production after 28 days of flirting with his beau on the show Georgia Steel.

The couple parted ways shortly after leaving the fourth season of the popular dating series. Since then, Sam has regularly popped up on telly and in the celebrity gossip columns before meeting his now-wife, Kailah Caillas, during lockdown.

The pair eloped to Gibraltar in March and were married in the peninsular’ s registry office before a small ceremony aboard the stunning super-yacht hotel, Sunborn.. Sam and Kailah vlogged their big day and posted it to Instagram, much to the delight of fans of Love Island and a host of famous pals.

All rise for the popstar and his bride

Another celebrity to enjoy a low key Gibraltar wedding this spring was Blue boyband member and star of stage and screen, Lee Ryan. The All Rise and One Love singer was married in a ‘secret ceremony’ to former X-Factor contestant Verity Paris.

The couple announced the happy news of the arrival of a baby girl last summer before moving to Spain to raise their family. Making the most of Gibraltar’s close proximity to their home in the Costa del Sol and the simpler requirements to get married on the Rock compared to Spain, Lee and Verity were also married in the Registry Office.

A spokesman for the groom was quick to note that the link to John and Yoko was a reason for the couple’s choice of venue as Lee is a “massive fan” of the late Beatles legend.

Follow in the footsteps of the stars with your own wedding in Gibraltar. Whether you’re planning an impromptu elopement, an intimate ceremony or harbour ambitions of a glitzy bash, Sweet Gibraltar Weddings has planned thousands of weddings in Gibraltar.